April 2021. Spring is in the air at Garths Croft Bressay

The countdown to lambing can be a contrasting few weeks. One day sunshine, blue skies and although generally a chill in the air, the promise of lengthening daylight, optimism, settled conditions and growth. Great, perfect. If it can just stay like this for the lambing and at 3am when a ewe does decide to lamb halfway up the hill, it won’t be problematic. And then, in true agricultural style, the following day of gales, sleet, rain and the mental juggling of how to batch and fit ewes in the byre so they can deliver in relative safety.

Challenging perhaps but the vagaries of crofting at northern latitudes in Shetland present idiosyncrasies. That said, by the end of May, it does all seemed to work out and the sight of a mob of lambs running laps of a field in evening sunshine, whilst concerned and most likely confused mothers bleat imploringly, is rather satisfying. 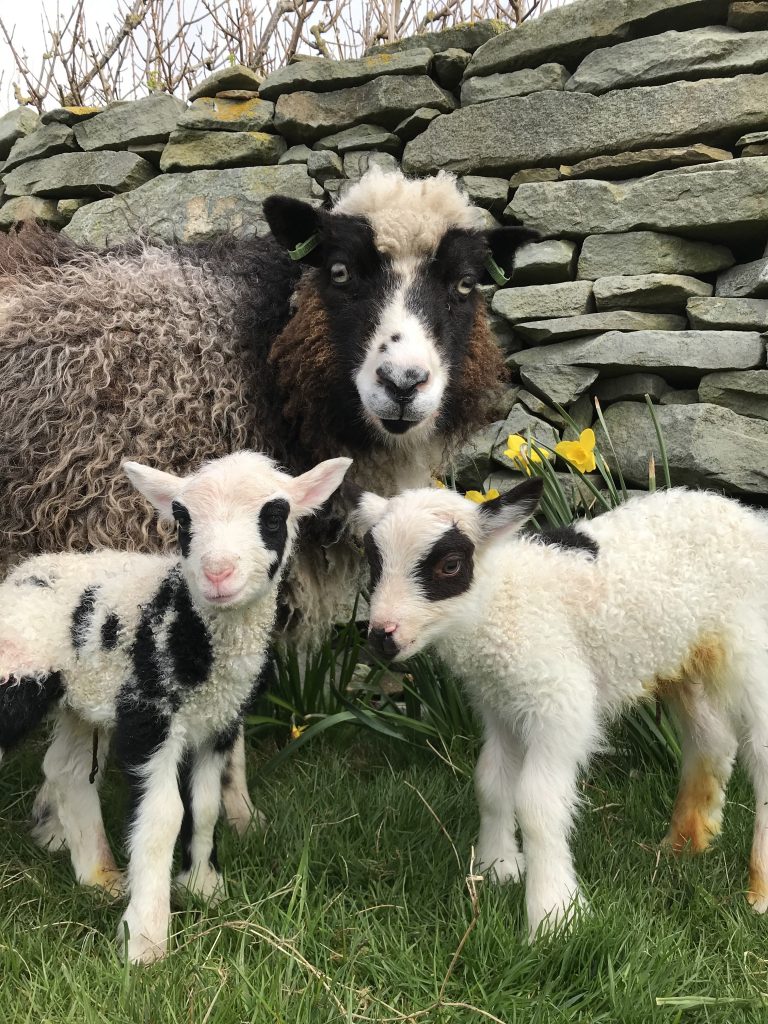 The Shetland sheep is, jokingly I may add, said to survive on the promise of a blade of grass each May. As a hill breed, they have adapted over millennia to not just exist but frankly thrive in locations and environments that would be considered too harsh for many. The winter winds and general lack of cover given the absence of woodland, with the exception of natural geography and the odd stone wall, combine for a hardy nature. This can similarly be witnessed in the lambs; newborn and a small body atop gangly fragile legs, they are to their feet and suckling within minutes. And then off, following mum to a quiet corner away from any commotion. Interestingly, ewes that would come to hand for feed through winter can become aloof, wary and changed characters once they have lambed.

In the six weeks prior to birth, the lamb will grow approximately 70%. Therefore nutrition is of paramount concern at this crucial time. Getting it right will lead to strong, healthy lambs and ewes with plenty of milk. I’ve noticed in the past few years how ewes in the run up to lambing tend not to favour conventional hay bales as the first green shoots are appearing and are far preferable to preserved, dry fodder! Nevertheless, barley blend, neeps and molasses blocks are offered as complementary intake for energy and pre-lambing vitality.

With a coloured flock of varied traditional markings, the final unanswerable is a woolly conundrum; moorit, katmogget, yuglet, fleckit…? Similarly, a ewe lamb will remain at the croft for years to come as a breeding animal so the most spectacular colours and markings are very much hoped to be female! 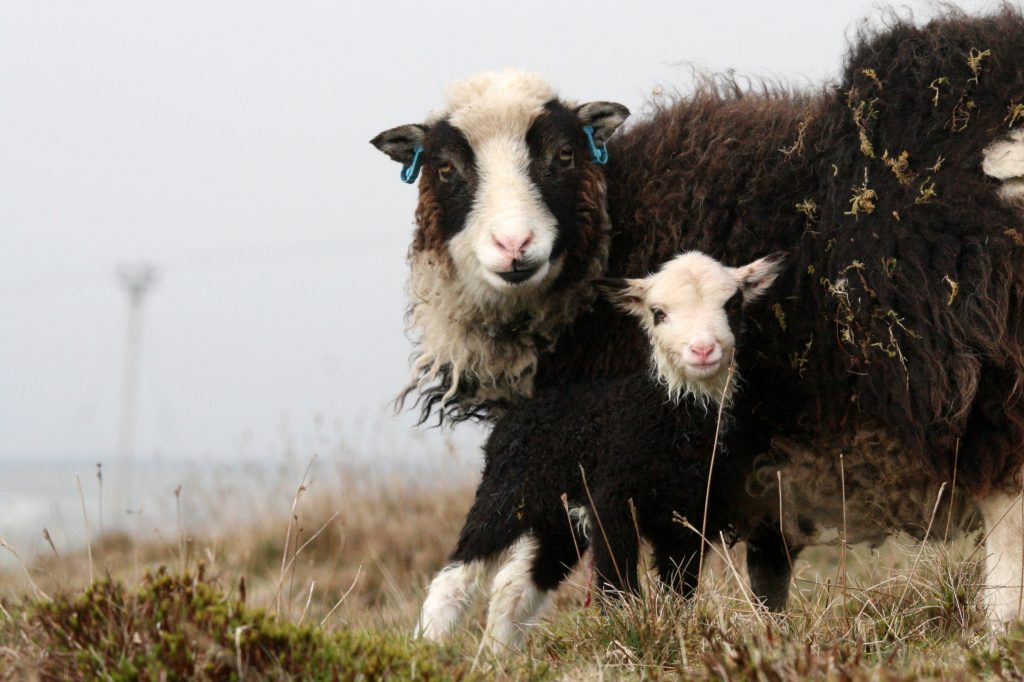 Tune in and check out our Instagram @garthscroftbressay for some extremely sweet yarn-tastic lamb pictures from the end of April and if you’re in Shetland this year, do get in touch, come say hello and take a croft tour!

We use cookies on our website to give you the most relevant experience by remembering your preferences and repeat visits. By clicking “Accept All”, you consent to the use of ALL the cookies. However, you may visit "Cookie Settings" to provide a controlled consent.
Cookie SettingsAccept All
Manage consent

This website uses cookies to improve your experience while you navigate through the website. Out of these, the cookies that are categorized as necessary are stored on your browser as they are essential for the working of basic functionalities of the website. We also use third-party cookies that help us analyze and understand how you use this website. These cookies will be stored in your browser only with your consent. You also have the option to opt-out of these cookies. But opting out of some of these cookies may affect your browsing experience.
Necessary Always Enabled
Necessary cookies are absolutely essential for the website to function properly. These cookies ensure basic functionalities and security features of the website, anonymously.
Functional
Functional cookies help to perform certain functionalities like sharing the content of the website on social media platforms, collect feedbacks, and other third-party features.
Performance
Performance cookies are used to understand and analyze the key performance indexes of the website which helps in delivering a better user experience for the visitors.
Analytics
Analytical cookies are used to understand how visitors interact with the website. These cookies help provide information on metrics the number of visitors, bounce rate, traffic source, etc.
Advertisement
Advertisement cookies are used to provide visitors with relevant ads and marketing campaigns. These cookies track visitors across websites and collect information to provide customized ads.
Others
Other uncategorized cookies are those that are being analyzed and have not been classified into a category as yet.
SAVE & ACCEPT